It looks nice from behind the glass but this is a picture of what -50C wind chill looks like here in Sask. today. I'm too lazy to look it up but I think -50C is even colder than -50 on the old farenheit scale which I stubbornly cling to. The temp was actually only -22F at the time of the photo but it is the wind that is the problem. The sky is a mix of frost crystals and blowing snow. Climate change alright, winters are getting colder, summers too. I should get out and take a photo of the sundogs that are brillliantlly on display this afternoon but think I have missed the best of it. Oh well, cattle are waiting for their feed and water so I will get a little fresh air that way shortly. 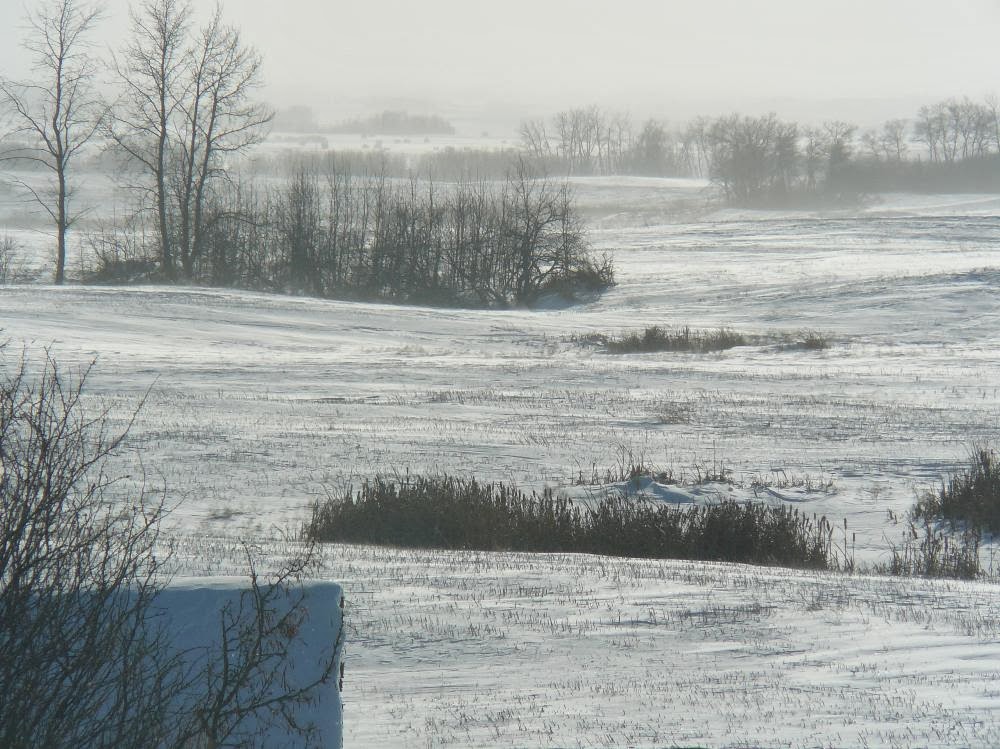 Email ThisBlogThis!Share to TwitterShare to FacebookShare to Pinterest
Labels: -50 wind chill in Sask.