Follow me is the name of the program that allows the Autel drone to follow (or lead) as I walk, drive or whatever. Tried it out today on a drive through the snow covered trails of the hundred acre woods. I did not get lost or crash into the trees with either vehicle so I'll call it a success. 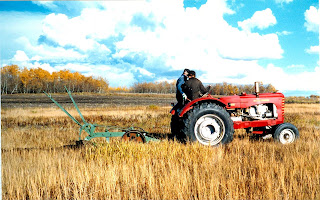 This laptop has been ailing off and on all week it seems. Crash dumps every day and sometimes several times. Startup repair can't seem to fix itself so I usually end up going to system restore to an earlier date. Seems to work until today when even that would not work. Tried the mirror image (I think thats what they called it) and it reset the whole thing back to some date in 2015 which seemed to get things back to more or less normal.
The down side of that is any video or photo I had saved since that date in 2015 is now gone, or at least not visible on the laptop. Many of the videos were already on youtube but I know I had a few new edited versions ready to upload that are now gone. Some I can retrieve from the camera cards but I know some are gone. I can't remember for sure what they were but maybe its best I don't.
Our above normal temperatures have lasted all week so I've been taking advantage of getting in some good flying time. Not much worry about air traffic here unless it has feathers. I took a few shots of the thriving metropolis of Lipton yesterday about sunset. 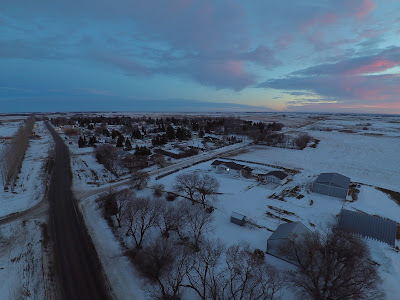 Got a load of oats put through the hammer mill for cattle feed giving the old Cockshutt 50 it's regular exercise. After that I removed the pto for what I thought was a simple clutch adjustment but turned out to be more serious. Going to need some expensive parts. That dis assembly operation was one of the lost videos come to think of it. Oh well, guess I get a chance to do it over again.
Drone photo here from earlier this week reminded of my dad's old saying of "fog in the hollow means a fine day to follow". It was true. 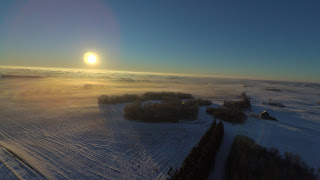 Its way late to be posting videos but I lost a couple of hours due to a "crash dump" of the laptop and it took a bunch of system restore, spybot,crap cleaner, etc to get started again.

I wanted to post an example of my first attempt at the follow me feature of the drone. After figuring out what I had been doing wrong I find it works quite well now. Warmer weather helps too. Frozen fingers do not work well on the control panel. No crashes or actual frostbite yet. More to come.

Its a good thing this video was shot on a private road with no traffic to deal with. I gained some flying experience and got some exercise walking a mile.

No, thats not my car in the cover photo. Just a short video I shot yesterday opening up the mail package containing park lights and housings for the 52 Mercury. A big thanks to the sender as these will improve the appearance of the front of the Merc. Who knows, I might even have working park lights eventually. Way too cold to spend much time on it now, but one of these days.

Seems it has been a tradition for longer  than I remember for the family to gather here for a meal to mark the start of a new year. As seen in this old photo from about 40 years ago. Only two survive from that photo. Although  the missing ones have been replaced by younger  members, friends that are almost family. Seems we still have about the same number around the table for 2017.
There may have been occasions when the weather/roads forced moving the date of the gathering a week or so later. 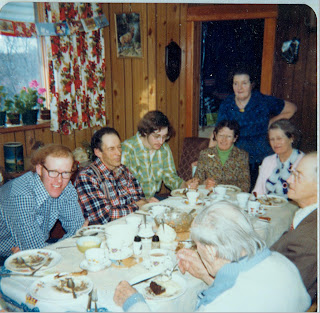 Our weather continues it's roller coaster ride of above to below normal temps. The snow is below normal but just enough  to keep everything white without needing to shovel much.
-30F this morning but it had warmed up to -15F when I took a few aerial photos.
The smoke in the photo is from a pile of burning branches I had gathered through the summer. I figured this cold weather was the best time to work at burning them and keeping warm too. 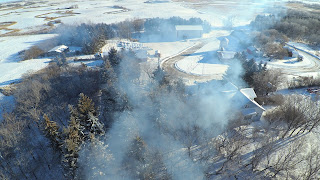