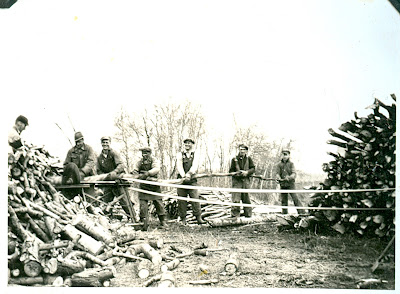 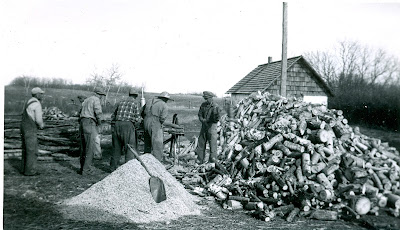 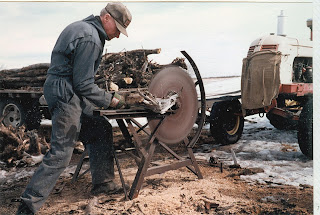 Just cleaning up some video off the camera file and I put this one onto youtube. Its another project I started and never finished. I have a few of those. I started too late in the year and the weather turned against me. Hopefully the old car comes home in the spring. Been sitting for probably sixty years so its about time. If it happens, there will be video.

Cold Morning At The Century Shack

I call it the "century shack" but in fact it will be 115 years old this summer. My grandfather, T. Goff and his brother , Alf, cousin Jack all spent their first winter in Canada in this little log shack. No, not the red barn at the beginning of the vido. About 10x12 feet built of vertical poplar logs. It must have been "cool" but maybe if they kept the wood burning stove well fed it would be ok. Jack was reported to have stated that he would be "back in Dorset for next Christmas" although he never did go back. Saskatchewan winter must have been a shock for these Dorset lads who likely didn't see a lot of snow before.
It had warmed up to about -15F when I did this latest Roosty6 video tour this morning. Made me appreciate the modern gas heat even more.

February 2, 1870 was the birth date of Uncle Alf (great uncle to me) Goff in Dorset, U.K.  Not much is  known  of  his early days but at some point in the 1890s he spent some time in Queensland, Australia working on a sheep ranch. For a fellow named Quick according to my memory. 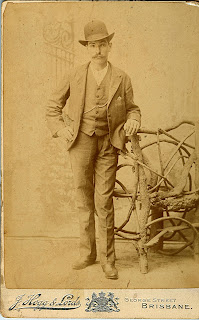 No information as to how long he was there but he returned to England briefly and then traveled with his brother Tom to North America. Not sure of the route but they worked some on the Canadian railway in the mountains. Alf spoke of being very sick at one point with cold or flu and he claimed the only thing that saved him was "Jamaica rum". In later years he was known to make some very fine wine of his own from rhubarb.
Alf and Tom also put in some time working on threshing crews eventually making  their way back to England in 1902.
Attracted by the advertising campaign of free  homestead  land in the district of Assiniboia,  (later Saskatchewan),  Alf, Tom, and cousin Jack all headed to Canada in the spring of 1903 to claim their "free" land. Many years of hard work eventually turned the homesteads into productive farm land.
From that point on Alf mostly lived his  life  on his homestead in  his log cabin.  He died there on the homestead in 1942 at the age of 72. 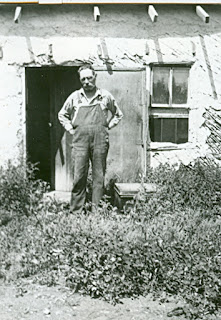