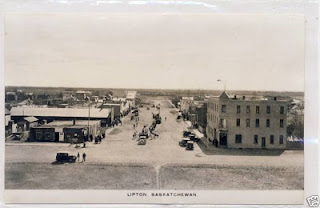 I wonder who wrote that brief comment? Obviously someone who was new to the town as they did not seem to know what the parade was all about.
New grain elevator manager? Not likely as I doubt they would complain about the grain dust which was a daily occurence in the old elevators.
Posted by Ralph Goff at 12:52 PM