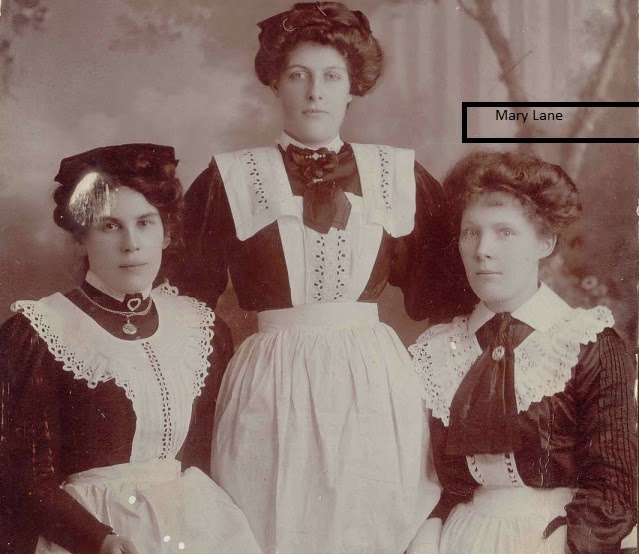 One of my grandmothers has become what the genealogists refer to as a "brick wall". We know her name and where she came from but beyond that she is mostly a mystery in spite of many hours spent searching the net. 40 years previous, one of my aunts did the same search, without the benefit of the internet though. Snail mail between Sask. and England took a long time and money was spent on postage and genealogists to no avail.

Although we have the names of Mary's parents (George and Kathleen Mary Lane)  there are no supporting documents to show her origins. She always stated her place of birth as Margate, Kent. She had a sister, "Nellie", who died as a child. She was an orphan by the age of 15. She worked as a domestic, later in restaurants and resort towns along the south coast of England before coming to London. A postcard she sent to her friend Kate Goff in Canada shows the Railway Hotel in Broadstairs , Kent, where she was working at the time. 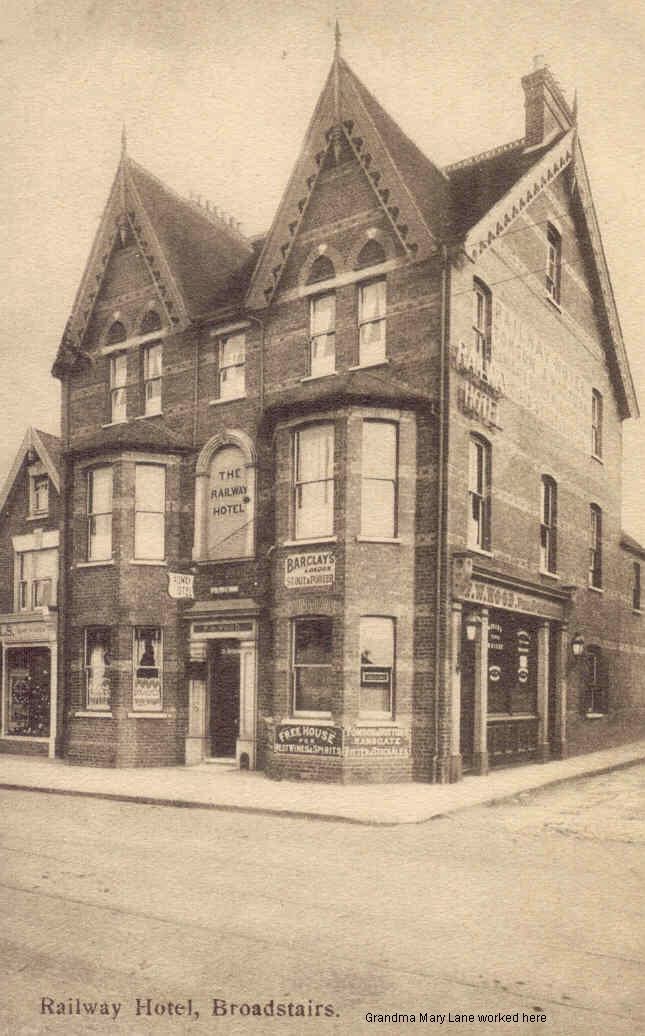 At some point in her early working years she met and became friends with Kate Goff. Kate came to Canada in 1910 with Karl Hobetzeder. She wrote and convinced Mary to come to Canada also. Kate thought that Mary might be a suitable wife for her cousin, Jack Goff who farmed just a mile away. But that did not happen and Mary married Kate's brother, Tom Goff in November of the same year she arrived.
Mary came to Canada on the Virginian arriving July 1st, 1911 in Quebec. From there by train eventually to Saskatchewan. I don't know but am assuming that she lived with Kate and Karl (who had been married December 28, 1910) until she married Tom Goff on November 27, 1911 at the farm home of Arthur and Daisy Nevard (Winstanley Grove) on NE24-24-14.
One of the first creatures she noticed in Sask. was the prairie gophers which she thought to be rats.
The friendship between Mary and sister in law Kate (Goff) Hobetzeder dissolved sometime in the late 1920s. Unkind words and angry letters were exchanged and for the last 15 years of her life Kate never visited Mary and Tom's farm even though only less than a mile away. The actual cause of this rift is not known.
It was through Kate Goff that Mary Lane came to Canada. Kate and Mary were friends in England before Kate came to Canada with Karl Hobetzeder. They settled about 3/4 mile from where Kate's brothers, Tom and Alf homesteaded. In fact Kate and Karl lived with Tom in his log house their first while here in 1910. Kate persuaded Mary to come to Canada thinking she would be a wife for either brother Alf or cousin Jack Goff. As it happened, Mary married Tom Goff.
Mary Elizabeth Lane

The Virginian was a 12,00 ton steamship owned and operated by the Allan Line out of Liverpool, England.  Mary purchased ticket #60876 on the 23 June 1911 sailing of the Virginian from Liverpool, one of 789 adults and 174 children on that trip.  The ship arrived at Quebec at 9pm on the 30th of June and passengers cleared Customs on 1 July.  Mary was listed on page 8 of the ship's Second Class passenger list

May seems to have traveled alone.  She is listed as 25 years of age, able to read and write, English by birth and travelling to meet a cousin in Headlands Saskatchewan. Her occupation is listed as ‘domestic'.  Mary was booked to continue her trip West from Quebec on the Grand Trunk Railway (GTR).