In a Flap Over Ducks

Its been in the news the past couple of days. Certainly not great timing for any organization to put out an ad blaming farmers and their draining land for flooding problems elsewhere. But that is what Ducks Unlimited apparently has done.  It has stirred up angry reactions from farmers on the Western Producer site  Not surprising at all. We are losing acres to flooding here every year. Roads have been built up and flooded again as the water table continues to rise. Pumps running 24/7 in some areas to bring the levels down on some of the municipal roads.
No question we have always known this is "pothole country" and we grow a lot of ducks for that reason. We have always been used to farming around the sloughs but recent years have expanded those potholes into small lakes in some cases. We are farming the high spots while some very productive land lies under water or growing cat tails. Dreams of next year getting back to "normal" don't come true and the water just keeps increasing. 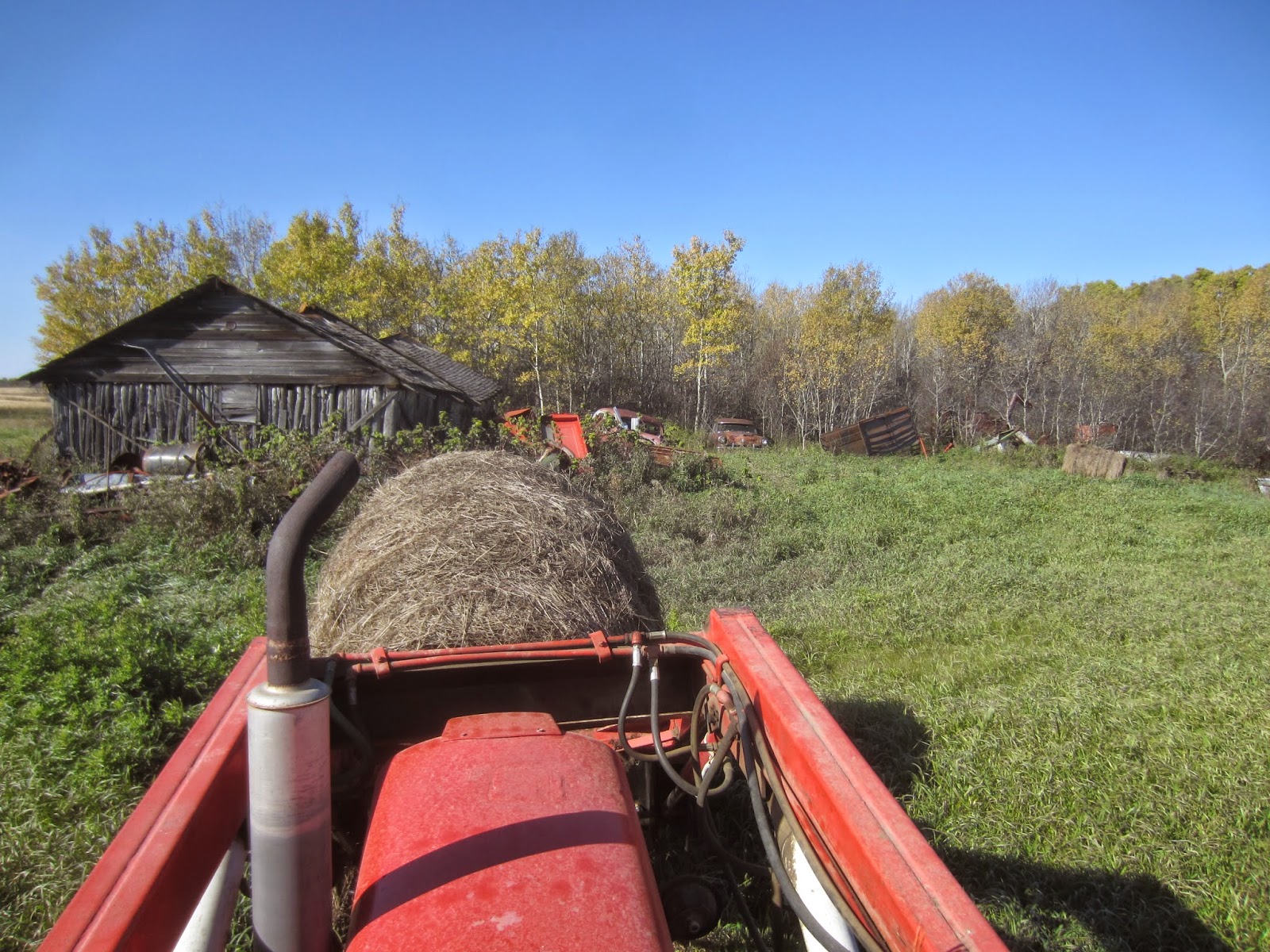 In other news, tried a sample of wheat today and it tested over 18% moisture so I parked the combine and went back to bale hauling. Beautiful day, just not dry enough to combine yet. Man, those fields are wetter than ever since the last rain. Ducks should be happy.
Posted by Ralph Goff at 8:59 PM