I Shouldn't Be So Lucky

Really, I figured it was gone for good when I lost my good little Canon Elph camera in the field a few days ago. I searched in the 3 likely spots it would have fallen out of my pocket when I was out of the tractor and found no sign of it. I was already shopping online for a replacement but did not go ahead with it.
Today I tried my last guess. Wondered if it might have fallen out of my pocket when I leaned down into the air seeder tank. So before re-filling the tank with flax today I drained the tank , looked inside and could see nothing but decided to reach in with the broom and push the last few seeds out. Something looked a little unusual on the metering auger. It was the camera laying on top of the auger. Just a bit too wide to fall right inside but it rode there for probably 25 acres of seeding. The rotating auger wore some more of the paint off and tore off the string. Other than that it seems fine as this test photo shows. I had to climb right down inside the tank to pick it up. 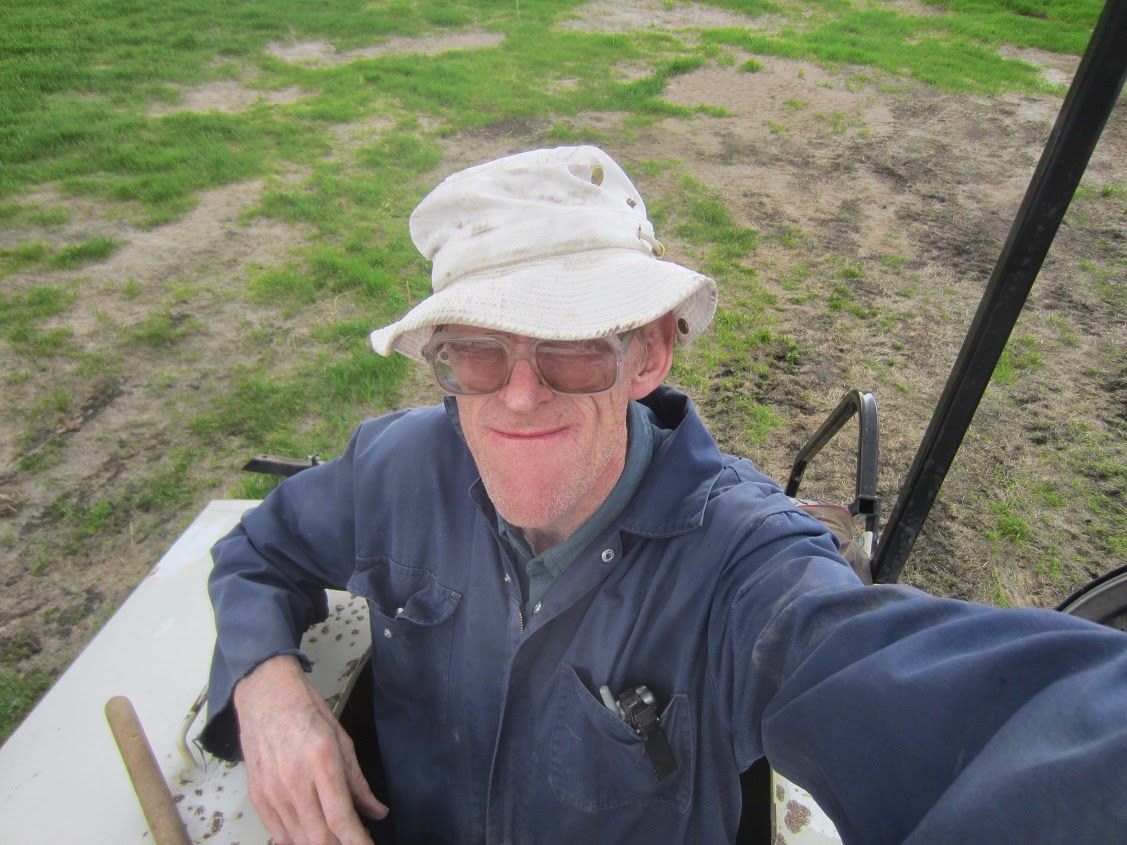 It has been a long day and I have been going strong since 5:00 this morning. Finished up the last 30 acres of spraying, then into the Magnum 7130 for some high speed incorporation with the 37 foot field cultivator. Speed being necessary as the forecast kept warning of approaching rain later in the day. Finish that up by 2:30 and by then clouds had rolled in but I hitched up to the air seeder and made a start anyway. Transferred the Ezee Guide (GPS) over from the sprayer tractor as I knew visibility was going to be poor planting into freshly tilled dirt. Good decision as visibility got even worse later when slow drizzling rain gradually made the cab windows a real mess. I managed to get 60 acres of flax planted by 9:00 when I finally quit. Between the dirty windows and approaching darkness  , even the GPS screen was not enough to avoid leaving unseeded gaps in the field.
Its a good slow rain. It will be great for the crops that are planted . A hundred acres to go whenever it dries up enough.
Posted by Ralph Goff at 10:19 PM