Until I did this. 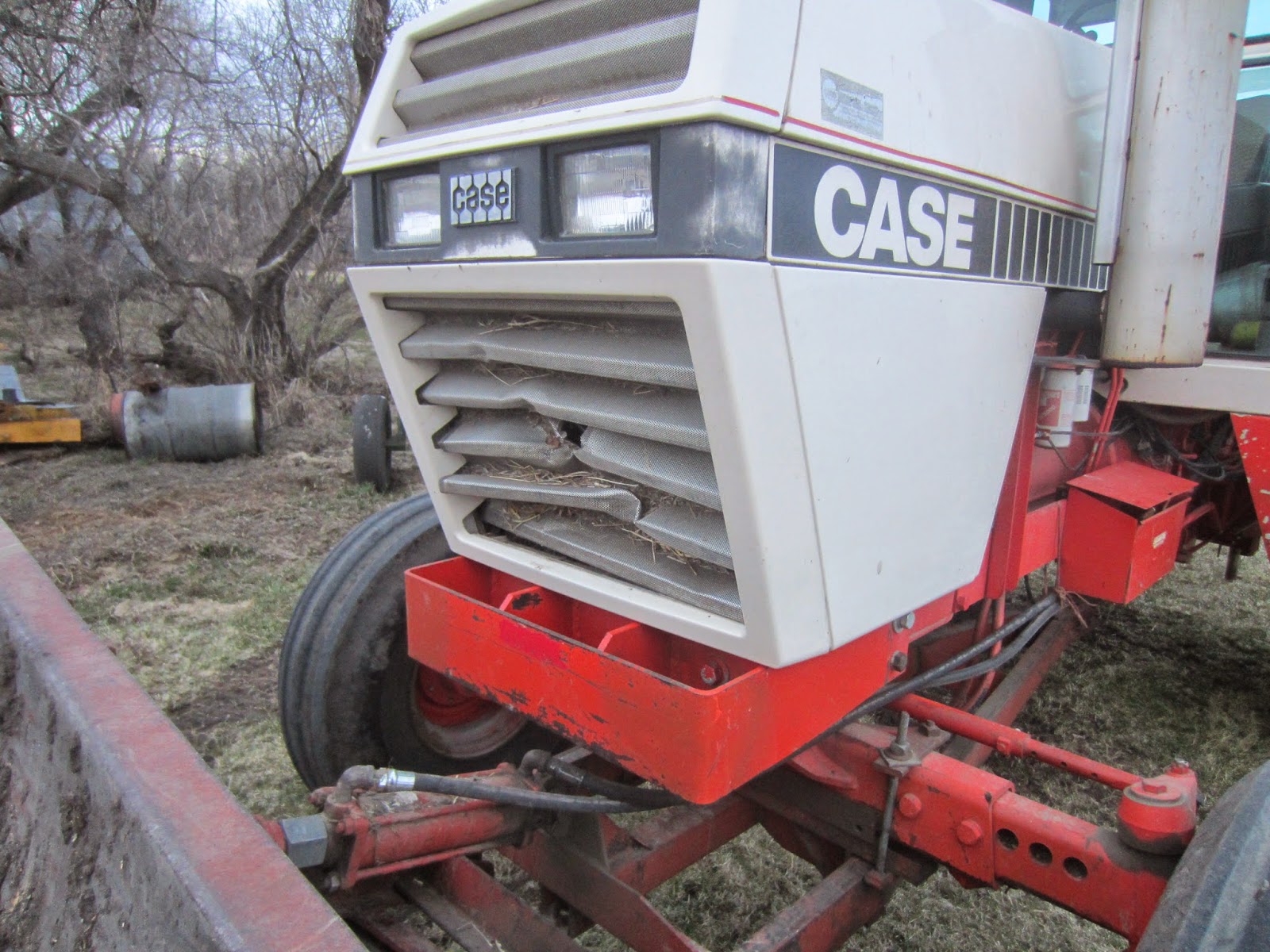 Apparently after 33 years of careful operation I have run a tree through the grille of my tractor. Never heard or felt a thing but saw this gaping hole in the grille when I got out of the tractor. I should have known better. Cleaning up a mess of dead fall and beaver logs along the edge of the field with the blade and it was going so well. That just ruined the rest of the day although if I was a "glass half full" type of person I might consider that another inch or so would have also pushed a hole in the oil cooler. If I had stepped on the clutch even a second later I guess the tree would have continued its journey right into the main radiator rendering me helpless 5 miles from home and the anticipation of a huge expensive repair bill at a time when I really don't need that.
On the bright side I did get the grille straightened out pretty well using some wooden dowels and plastic hammer the next morning. I pretty well closed up the hole but did not risk trying to solder it. With my history I would probably only have made the hole bigger and ruined another day.
Our cold, late spring just gets later. I even had the heater on in the cab late this afternoon.  I did get the left over flax straw piled and burned yesterday in what is probably the driest field . The field I harrowed today was the worst I have ever seen for excess water levels and erosion. Water runs in off the neighbors field, flows from one slough to the next and eventually gets high enough to run over the road on my south boundary in it's meandering journey to the lakes some 20 miles south. Apparently my request to the municipality several years ago for a culvert at that location got filed under "F' for forget about it.
I should be well into planting crops by now but so far have not even got a start on the 3 to 4 days of anhydrous application ahead of me. It seems anhydrous tanks are in short supply and I will just have to wait my turn until the next tank is available.
According to Gorges Smythe those annoying cat tail plants are edible. I think cat tails and ducks might be the biggest crop on some of these acres this year.
Posted by Ralph Goff at 9:13 PM