A Letter From Kate to Canada

Something different this time. A letter written by Kate Goff to her brother Alf in Saskatchewan in March of 1910. Alf had been in Canada since 1903. Kate was employed at Solent House at the time.
Things must have progressed quickly as family history indicates Kate came to Canada later that year with "the Austrian", Karl Hobetzeder who she married that same year.

Solent House
Southsea, Portsmouth
March 30, 1910
My Dear Alf, Tom, Jack:
I now take the pleasure in answering your kind and welcome letter. So glad to hear that
you have had a good crop. I hope you will have another good one this year. Then we shall
soon see you back again. Will the others come as well? Perhaps I might come back. I shall
not promise to.
I am glad to say Alice is better but there will be no more family there now. Rather disappointing
for her husband as he is fond of children. Nell got a son last Sunday week. Both doing well.
And George's wife at Bournemouth has got a son.
How are all of you getting on? It must have been a blow for poor Jack. I feel sorry for him.
Levi, I think, is past work. He told me he had a hard job to get about. They still think a
lot of Nell. They, or he, often go down to see her.
No doubt it will come in handy to him if you can afford it. If it is to be made payable to a
bank then it would be Sherborne. But if to Post Office then Newton, Milborne Port, Somerset.
Alice is shifted, if it is to bank, Bournemouth. If to Post Office make it Pokesdown. Their
address is Erme Villa, Burleigh Road, West Southborne, Bournemouth.
I think they have had a rough time of it. I lent them 2:15 in November. They have not had a
chance to pull round yet. He ask me not to tell Sally. I think they at Clenston are staying on
there. Allie is home. She says Mother's time is all taken up with the pig and chicks. They
had a  hen set for 3 weeks on 13 eggs, then left them. Bet Lot was for stretching his neck
and putting him in the pot.
Lot was very rough before Xmas. Did not know what to make of him. Sally was not much better.
They went up to Bourne for five days. It rained nearly all the time. He saw his brother up
there. They stayed at Alice's house while she was looking after theirs at Clenston. But I am
glad to say they are all alright again now.
I am sending on one of my latest photos. I am not married yet. This is an Austrian. Other one
is gone to China for 2 years.
I am having letter registered in case you would not get photo. Do I begin to look old?
So now I think I have told you all the news at present so must now draw this to close with
fondest love to you and all I remain your loving sister, K. M. Goff. Write soon. XXX

The photo referred to in the letter. 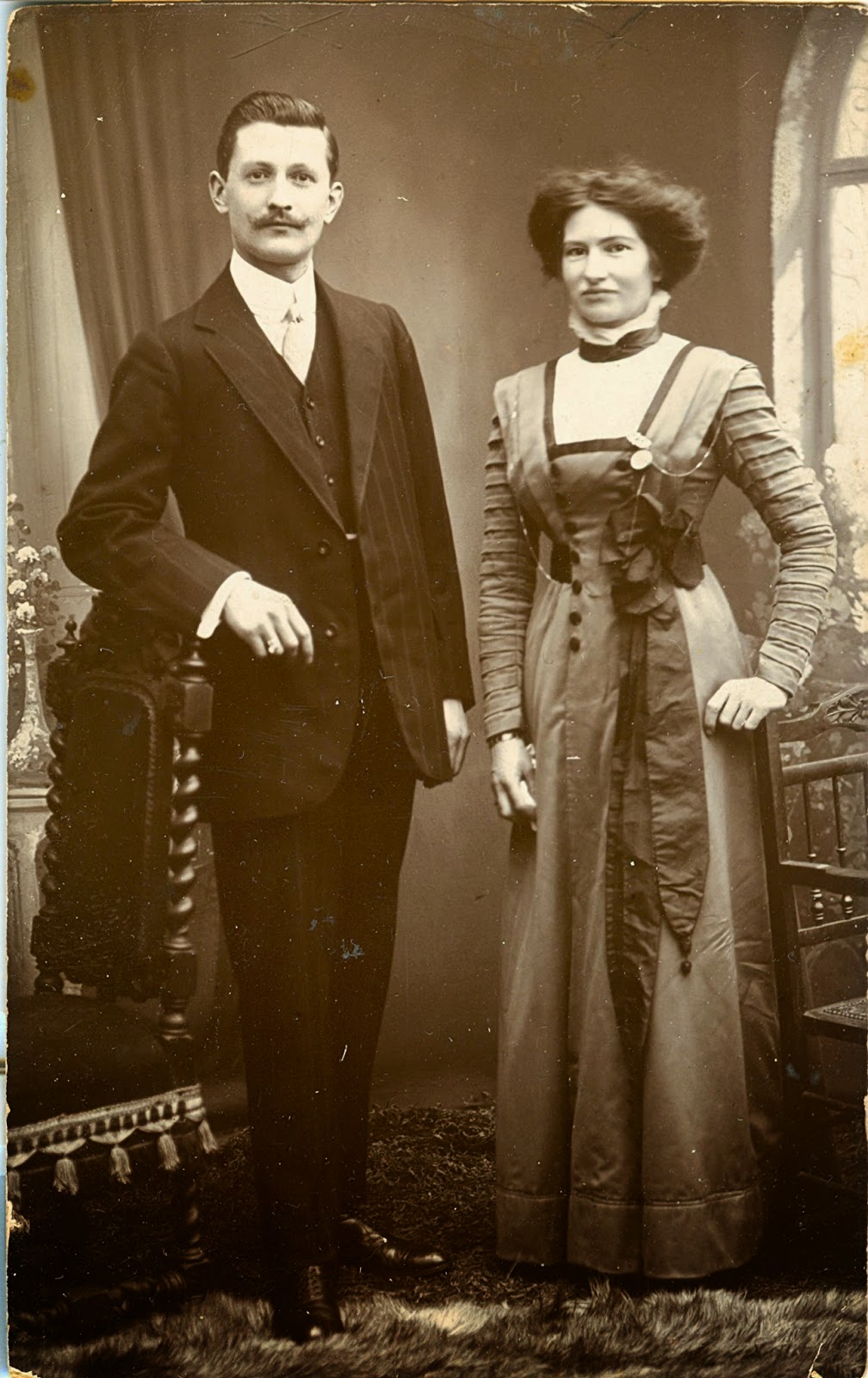