And I suppose I should post some new content here as readers likely get tired of tuning in only to find the same week or two old postings and pictures. Fact is there is not much happening on the farm this time of year. Comparing notes and bragging rights to who has the coldest temperatures on the ag forums takes up some of the day. I usually get the dubious distinction of having the coldest weather with the exception of the occasional Alberta or Manitoba entry.
-32F temps are bearable but not something I want to spend a lot of time in. Nearly froze my nose riding the open tractor carrying a hay bale for the cattle the other day. Seriously though, sunshine and no wind makes even -20F not a bad day although my feet do eventually get down near the freezing point.
I have some more fascinating and scenic video of tractors carrying hay bales around in the great white north but can't upload it to youtube for another couple of days. Sask tel's "fair use policy" has throttled my internet back until my new billing cycle begins. That means uploading video becomes literally as slow as molasses in January (to use one of my dad's old favourite expressions).
Judging by the size of the woodpile in this late 1940s photo, my grandfather was prepared for a long cold winter. 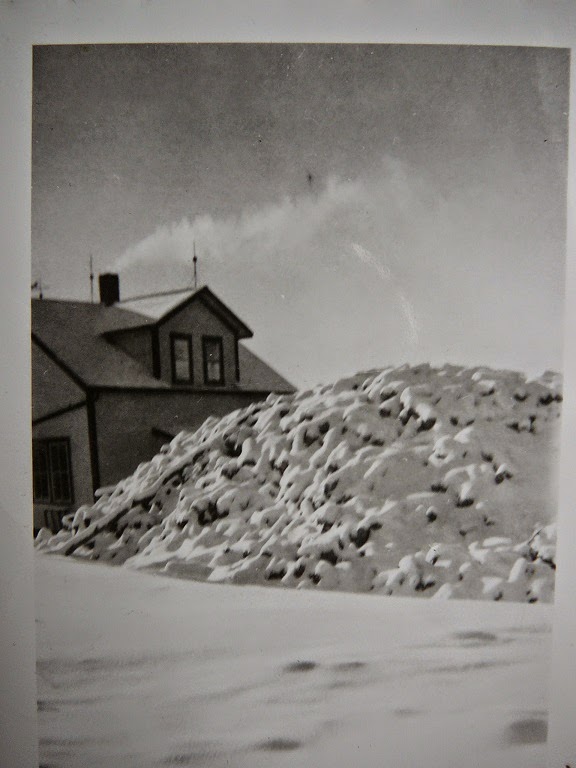